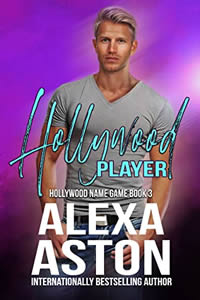 London Russell has spent five years recovering from an attack by someone she once loved. After meeting two wonderful ladies she decides it is time to let people in and allow friends in her life. What she does not see coming is the man who will break down all her walls.

Knox is a rolling stone with no permanent home, but when his best friend dies he takes her pet and decides to begin acting again. When his acquired pet decides to give special attention to a beautiful woman, he is knocked back on his heels to see it is London – the girl whose poster was plastered on his bedroom wall when he was a teenager.

London left modeling behind and is branching out in her music career. Knox is a man ready to move forward and follow his next great movie adventure. When Hollywood and life get in the way, can London and Knox cling to each other, or let the past and present destroy any future for them?

I am unable say enough about the writing of Ms. Aston. She is amazing and provides wonderfully flawed characters which all readers can relate to in some way. I love Knox and London because they both have a past which could keep them apart, but each refuses and fights for the other. The plot twist in the romance is heartbreakingly beautiful. I read every page in one sitting and went out, bought currently released, and will buy all the rest in the future. I highly recommend the stories of these special characters and all of their friends; it is a side of stardom few write about.