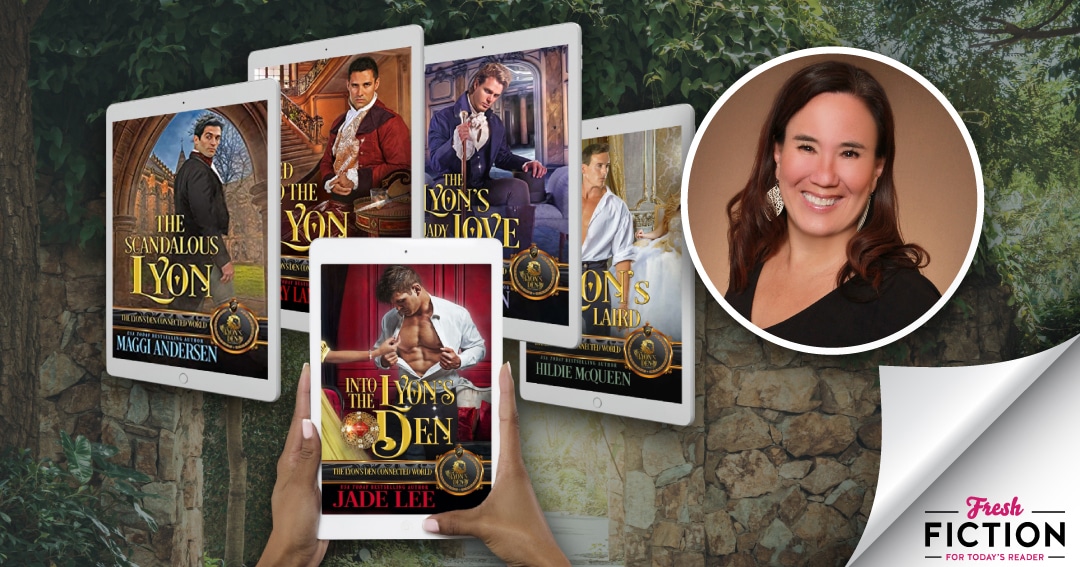 INTO THE LYON’S DEN

From USA Today Bestselling author JADE LEE, a lush tale from the greatest, most notorious gambling den in London. Welcome
to the world of THE LYON’S DEN: The Black Widow of Whitehall Connected World!

Intrigue makes for strange bedfellows…
Elliott, Lord Byrn, often found himself in strange places, but none is more bizarre than the infamous Lyon’s Den gaming house in a tony part of
London. The gambling doesn’t surprise him, nor the salacious things rumored to happen in the upstairs rooms. What shocks him is a slip of a
girl jeweler/fence who bargains with him over a missing brooch. He needs her to refashion the thing before anyone else realizes it is missing and she drives a hard bargain.

Harder than he can imagine…
Amber Gohar lives her days in the gray world of a gambling hell, but she dreams of escaping into the vibrant world of the ton. When the opportunity arises for her to spend just one night at a society ball, she grabs it with both hands, never expecting that she would also be taking hold of a man who set her heart on fire. But once she realizes what she’s done, she won’t let go. She can’t. Happily ever after doesn’t come easily, or for free, in the world of The Lyon’s Den.