Franny Armstrong is a mother of three and a grandmother of four. Her husband supports her imagination, and has the patience of a saint. She’s been writing since she was a child, creating plays to act out in front of the neighbourhood children. She charged them five cents admission to join her in the family garage for the play.

Since 2002, after a serious breakdown, Franny had to express herself on the computer since she couldn’t speak, everything coming out gibberish at that time. She’s slowly healed to the point that she functions fairly well. Writing was the best medicine for her, and still is.

Franny loves to write about rainforests and the Caribbean, rather than about cities. Her characters are well rounded and share her wacky sense of humour. Writing is her life! 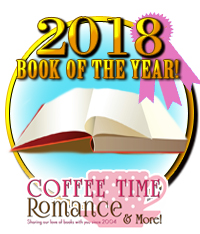 Centaur of Attention by C.B. Archer