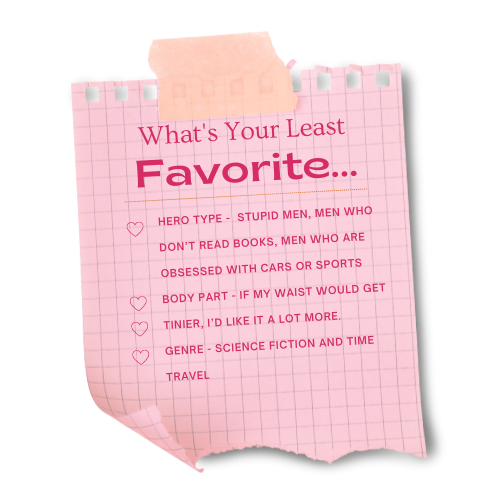 Welcome, today we are talking with J. Arlene Culiner! I would like to thank you for taking time out of your busy writing schedule to answer a few questions. First, let’s delve into who you are. Some of the questions may be untraditional but you’d be surprised at what readers connect to, and sometimes the simplest ‘I can relate to that’ grabs their interest where nothing else can.

Can you share a little something about J. Arlene Culiner that’s not mentioned in your bio on your website?

I live in a hotel…or rather a small country inn in a tiny village in France. These days it’s only the memory of an inn, with a dining room, the main former café, and bedrooms with numbers on the doors. It stopped functioning as an inn back in 1965, but the building is four or five hundred years old, so who knows what its history is? The only records I can find begin in 1881. However, living in a hotel, sleeping in the different rooms certainly fires my imagination. It would stimulate any writer, or any imaginative person!

How long have you been writing?

Like most people, I’ve always written. So many of us kept diaries or wrote stories when we were young. That doesn’t mean we all became professional writers.

What have you found most challenging about it?

Getting the story down and making sentences sing. The beauty of the language and creating images are both very important to me—as important as the characters.

What does writing do for you? Is it fun, cathartic, do you get emotional?

It is hard work. The first draft kills me. Some take me years to complete (thank goodness there are also first drafts that take only a few months.) I have no fun at all during the first draft. However, working on subsequent drafts is absolutely exciting. Yes, sometimes I get emotional when a part of the story is particularly touching. Mostly what I feel when I’m finishing the final drafts, is pure excitement.

Describe what your writing routine looks like. Are you disciplined with a strict schedule or do you have to be in the mood?

It depends on what I’m working on. Sometimes I get up at five in the morning and start working; sometimes I avoid writing altogether. It all depends on which stage I’m at with a manuscript and what else is going on in my life.

Did you go into writing thinking that it would be a hobby or a job?

I took it seriously right from the beginning, even though my very first manuscripts were rejected. I was determined to have my work accepted by a publisher because that meant I was a professional writer—whether or not I made money. The fact that someone thought it worthwhile to pay an editor to work on my manuscript, to hire a designer to give me a great cover, and who put my published book on their list, meant that writing was a job, and I had to take it seriously. I know many other authors have a different approach, and that’s fine. Some are in it for money, others for giving readers what they want to read at the moment. Many love self-publishing, and they’re doing well at it. Having all those choices is a great opportunity.

A good story, an atmosphere I want to ‘live’ in for all the time it takes me to work on a manuscript (it’s a nifty way of traveling without having to go anywhere), history, and all the strange characters I’ve met in my life.

Let’s move on and give readers some insight into your personal life.

I hate loud noise, background music in restaurants or at people’s houses, people who talk on telephones in trains and in restaurants, crowds, and noisy people.

I don’t usually have heroes, but at the moment I greatly admire the Ukrainian President Volodymyr Oleksandrovytch Zelensky.

I’ll keep on working hard so I can become an excellent musician. I play several instruments — various oboes (both modern and baroque) the euphonium (a small tuba), the flute and the recorder—but I’m very, very, very far from being excellent (my dogs, cats and my partner Bernard can testify to that!)

I’ve walked across much of Europe, often on my own, slept in fields, and lurked in strange places. I really do prefer traveling alone, even in uncomfortable countries, because that keeps me alert and noticing things. My experiences find their place in my stories, of course.

I wouldn’t mind meeting up with several of my musician friends. That way we can rehearse together and pick up where we left off before they disappeared. However, I’m not certain they’ll be in heaven…

In A Room in Blake’s Folly six stories lead into one another. The same characters appear in each, or else we learn more about their fate. The setting is a back room in the Mizpah Saloon.

The first story, The Boomtown, takes place in 1889, when Blake’s Folly was as rough as any lawless Nevada silver mining town. Hattie, the rejected wife of a violent man, comes into the Mizpah looking for work, and despite the owner’s hesitation about hiring a woman, she becomes the saloon’s piano player. Not only does she survive nicely, she also finds love.

Evenings at Madam Lacey’s tells what happens when a charming and intelligent former prostitute and brothel owner attracts the attention of a wealthy mine owner, and their story has far reaching repercussions. In, The Memory of a Village, a war refuge arrives in Blake’s Folly in 1948, and tries to reconstruct her life. Luckily, a lovely hero is on hand, and he’ll help her become the star singer she always wanted to be.

By the 1970s, Blake’s Folly is no more than a semi-ghost town with abandoned clapboard shacks, endless wind, and scraggly vegetation. Mike, the rather arrogant main character in At the End of the World comes for a visit—he’s the grandson of Hattie, the piano player in the first story—but even though he’s unable to see the beauty in the area, his short stay changes the lives of several people. But that’s many years later, in 2022, when everything comes together.

Getting the historical context right, having people sound natural in each time period, learning what towns were like, the clothes people of different social classes wore, discovering the prejudices and social movements of each era.

What kind of research did you have to do?

I’ve spent time in Nevada, and in gold and silver mining towns elsewhere, but most important was the research. I did a lot of the work in my local library, also in the National Library of France, which has many books on the American West. Since I also write non-fiction books about Eastern European history, research is something I love.

For me, intelligence is what leads to good chemistry. I hate reading about silly people, or people obsessed with consumer goods, or television, or their telephone, or junk food. I want to read about people with ideas, who have stimulating conversations. How can you fall in love when you have nothing to learn from the other? Another essential for good chemistry is a sense of humor. Being able to laugh together creates a strong and wonderful magic—perhaps one that is stronger and more wonderful than great sex.

I’m working on the final edits of two other books in the Blake’s Folly Romance series: Desert Rose and All About Charming Alice. They were previously released, but they have been re-written and lengthened, and the new versions will be released very soon. Both Alice and Rose appear in the last chapters of A Room in Blake’s Folly.

Thank you so much for this interview, Tory. Your questions were fun and quite different from the usual.

Please include the following links: