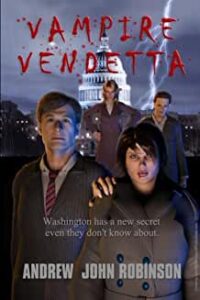 Rosemary Delaney is 16 and a newly turned vampire. She has big summer plans that get preempted by a surprise birthday party thrown by her parents. One of her presents is the car, a Porsche Boxster that she really wanted, but the other is a shock. Instead of tickets for travel she was sure she would get to go with her friends, she gets a shiny brochure for a boarding school in Nevada. Her father had found out his business partner had turned her into a vampire. He fired him and was packing her off to school away from everyone and everything she knew.

Jack Vitation is another student at Rosemary’s new school, and he is also a vampire as well as the son of the President of the USA. He was turned as a way to cure him of some other disease that almost killed him. He is known to be a class clown and troublemaker. He has Secret Service agents as his protectors while most of the other kids at the school have personal assistants or maids or housekeepers.

Rosemary and Jack become friends along with Choi, who is the son of a General in Korea, Diandra whose mother was the Secretary of Homeland Security, and Olympia whose family were Greek and filthy rich. The school has normal students and vampire students, and most of the staff are considered security as well as teachers or other positions. Several weeks into the school term there is an explosion near the building where plays or other musical events are portrayed, and when all the dust settles, they find out Rosemary has been kidnapped. The school is not sure if she was the target since she was with Jack at the time, or if she was taken in his place.

I honestly struggled with this book a lot. The overall story was okay but there seemed to be many paths the author was trying to tie together that felt unnecessary. Choi and Olympia had way too many issues with American idioms for my taste. A couple would have been funny, but too many just made me tired. Jack and his friends work on their own to figure out what happened to Rosemary because no one at the school told them she was kidnapped, they told them she went home on her own. From the other side the head of school security as well as Jack’s secret service agent, work from their side trying to track her down. Rosemary’s dad also enlists the help of his former partner and her turner Frederick and they all end up in the same place.