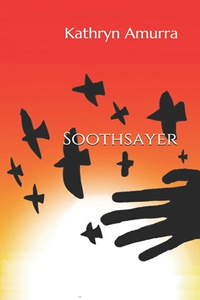 Aurelia Tiburtis wants nothing more than to take care of her younger brother Angelus, who was born with some developmental delays in a time when all men at the age of sixteen are required to service in the Emperor’s Army. They recently lost their father and now all they have are each other and their Aunt Petronia and their father’s estate and lands. When the governor of their region stops for a visit on the way somewhere else, he proposes to Aurelia and tells her the only way he can keep her brother safe from having to serve in the army is if she marries him. Even though he is older than her father was, she decides to go through with it to protect her brother.

Cassius Antonius Liviticus is head of the governor’s personal guard and a lifelong Roman soldier. He is the typical man of few words and even fewer friends. He only counts one of his fellow soldiers, Qoldus, as a friend. The main reason he does not let people get close or let himself care for anyone is when he was a child his mother took him to a Soothsayer and what she told him led him to believe he would die young. It caused him to leave home at age 11 and join the Army as soon as possible. When the governor puts him in charge of escorting Aurelia to his home, he is initially frustrated to have to deal with the lady he thinks is only marrying the governor to be wealthy and have nice things.

After they set out for the governor’s home, first Aunt Petronia falls ill and before she dies, she makes Aurelia promise not to turn back but to continue and proceed with the wedding. Cassius splits up the men left with him, he sends two back with Petronia’s body and continues with one other and himself escorting Aurelia. When torrential rains cause flash floods, he sends Gallus ahead to see if the road is passable and continues, but soon they must abandon the carriage and horses and continue on foot to try to find shelter. The next morning, they return to find the carriage was destroyed along with all of Aurelia’s belongings but she still insists they continue the journey. Over the next few days, they both come to understand each other better and their feelings begin to change. They come across the same Soothsayer from Cassius’s childhood on the same road and travel together to their destination. Even after they arrive their journey is not over.

I must admit, I have not read more than a couple of books set in this time. I am not sure if it is because there are not a lot of them, or I just do not come across them. Either way I thoroughly enjoyed this little glimpse into ancient Rome. A well told story is a well told story.