Prince of Honor by Nancy Gideon 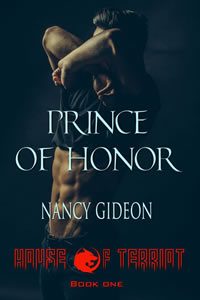 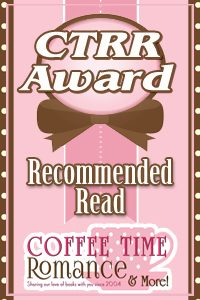 Sylvia, a beautiful, seductive shape shifter, is known to be a heartless manipulator and is accused of treason against the king of the house of Terriot. Her mother was even more ruthless and coldhearted. She raised her to disdain love and think only of herself. Turow’s promise of love has her rethinking her stance on love, getting past the horrible secrets of her childhood, and to prove herself worthy of him. However, her resolution to not be selfish will be put to the test and her choice could mean life or death for more than just her.

Turow, a shape shifter and Terriot prince, is known for his loyalty and steadfastness to his king, but has also secretly loved Sylvia for years. Orders from his king to bring her to face justice for treason have him conflicted. Turow is determined to have her exonerated and her as his mate. She is the only one who seems able to touch the roiling passion hidden under his stoic demeanor. But will his love and offer to be his bonded mate be enough of an incentive to not betray him? The result could mean the death of everyone he knows, not just himself.

Sylvia was involved with James, a rogue Terriot prince, and his scheme to overthrow the king went very wrong. It left her mother dead, James on the run, and her captured and facing treason charges. Lucky for her she had Turow, his love, his dogged persistence to make her his mate, and the smoldering attraction between them both. Their bond leads to some snags once they return to the Terriot compound, but the whispers of a traitor in their midst come first. Sylvia is the only one who can get close to James, and despite the danger to herself, is determined to stop him and protect her king and prove herself to her naysayers.

This is the first book in a spinoff series from Gideon’s Moonlight series. You do not have to have read that series to enjoy it, but you totally should because it is fantabulous. Gideon has a gift of creating relationships with people who are total opposites and making it work. At first I was not sure that Sylvia could be redeemed, but Gideon proved me wrong, her character depictions and their interactions are stellar and you cannot help but become invested in their lives. Besides the hot, hot sexy times, one of the best things to see was Turow working to teach Sylvia how to love. This is a superb start to a new series and I so look forward to the next one.