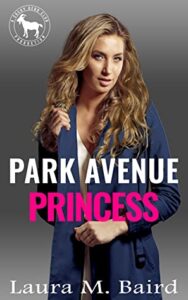 Lynne DuVall spent most of her life trying to get recognition from her parents. She pushed herself to graduate from high school two years early and then double majored in Actuarial Science & Financial Law, and they still would not tell her they were proud of her. Their response was more like she had just done the minimum of their expectations. So after completing college and working for her father’s firm for several years, she finally decides it is time to put her own needs first. She resigns and book tickets to New Zealand, Australia, and Hawaii. When she gets back, she will decide what to do about work going forward.

Guy Hamilton also grew up with a difference of opinion with his family, at least with his father. His father expected him to continue amassing the family fortune through the real estate development company he built from humble beginnings, to one of the top companies in New York State. Guy was never interested in just making as much money as possible. He never wanted to move to Manhattan from Queens where he had grown up, so as an adult he bought his own place back in Queens and devoted both time and energy supporting the community. He ended up working within City government.

Lynne and Guy met back when she was on her big travel just for fun trip, only she had told him her name was Addie, and when she realized her feelings were going beyond the fun fling she thought she wanted, she fled. Guy never forgot her and continually hoped somehow he would find her again. Fate shows them even though they live and work in one of the most populated cities in the world, it can still be a small town where you can accidentally run into each other. Lynne now does audits for companies and is in the middle of one for the city, and Guy works for the city, and they literally bump into each other at City Hall. Guy is shocked to learn her name is not Addie, but makes his mind up that she is not getting away this time if he can help it.

I was captivated by this book. I understand the drive and determination both Lynne and Guy had to prove themselves as separate from their family. They meet in Hawaii and have a very heated fling, but they also have a lot of the same interests and recognize in the other intelligence and humor that just fits together. Just as they reconnect, there is a scandal that is uncovered that affects both of their families and threatens to drive them apart, but they persevere and overcome it together.