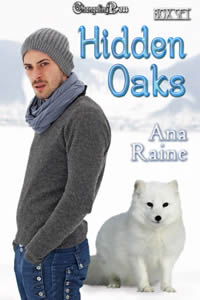 Carson shows up at what he believes is a private research hospital called Hidden Oaks to do a summer internship towards the Masters in psychology he has been working on. Carson seems like he is unsure and insecure about who he is and who he wants to be. He grew up with only his alcoholic father and they do not get along. He discovers the patients at Hidden Oaks, as well as his own absent mother, are changelings but he has never known or had any symptoms of being one or being able to phase. He is instantly and attracted to Dr. Tate when they are introduced.

Tate is a researcher who lives on-site at Hidden Oaks with a very “alpha” personality. He is also instantly attracted to Carson and makes it clear to Carson within minutes of meeting him. He wants him but is not ready to reveal all his secrets right away. He claims his main research has to do with analyzing blood samples between patients to determine what causes certain behaviors. He reveals himself as a changeling to protect Carson who he has claimed as his mate.

Carson and Tate explore their instant attraction, while Carson tries to adjust to life at Hidden Oaks and with the new knowledge of “changelings”. He is introduced to many patients and grows fond of some, especially Gaven and Lily who are also mates but are being kept separated as patients. Gaven & Lily escape and Carson finds out Tate helped them so they have to go on the run as well, especially once Tate reveals he is also a changeling. Carson has more doubts than beliefs, but his desire to help what he now feels are his “kind”, or new family, outweighs his fears and Tate’s need to protect leads them down a long, scary path fighting for them and all the changelings right to live freely.

Overall, for me, the story is a good concept not carried out to its full potential. We find out that Tate is injecting Carson with blood from other changelings trying to get him to phase, and apparently Carson is completely oblivious to this. He only notices he cannot get warm enough, his appetite has multiplied, and he sleeps more than he is awake. I have a hard time buying this. He also does not find out the real reason he was “selected” as an intern until near the very end. Most of the other characters know almost everything but do not feel the need to fill Carson in, and for me that makes him diminished as the main character. The plot could have been so much more. I ended up not really liking even one character in the story. 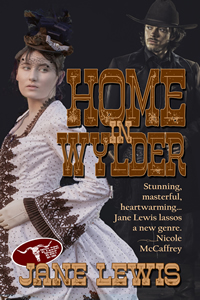