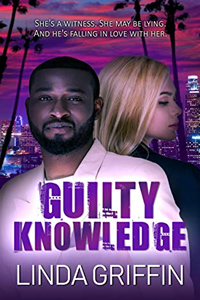 Detective Jesse Aaron is in the middle of a murder investigation in Carroll City. Sariah Brennan comes in to the police headquarters to report some information on a crime. She tells Jesse she is a psychic and had a vision, but from the start he suspects that is not the truth. Jesse’s partner Camille takes an immediate disliking to Sariah because she thinks she is playing Jesse. She also suspects Jesse is attracted to Sariah and this can only lead to bad things, but the information she claims to have seen is not anything she could have found out from the press or news, and the man she describes is dead on according to their files.

Sariah Brennan seems to be a very private person. She dodges all personal questions Jesse asks. When he follows up with her landlord and employer, she refuses to allow him into her apartment claiming to value her privacy above everything else, but he suspects there is more to it. Jesse ends up asking her on a date and they sleep together, further complicating the case he is working on. She does admit to him that she is married and involved in a “poly” marriage that she has left willing, along with her child, but will not divorce him.

Jesse and Camille continue investigating the murder and begin to believe the dead man/suspect is not dead after all. Camille decides to find out more about Sariah on her own because she thinks Jesse will not because of the relationship they have begun, and she finds many things about her that not only shed a bad light on Sariah, but also her viability as a “witness”.

This story kept me interested and wanting to know what happened. My only real complaint is even though the murder gets solved, there is a lot left open ended between Jesse and Sariah. I am a closure kind of girl so I do not demand happy endings, but I like loose ends to be tied up.