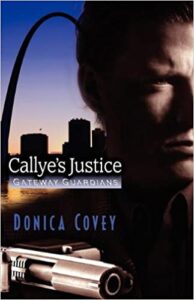 DEA Agent Justice Bernard spends his life trying to rid the world of drugs, and the people who deal them. He has dedicated his life to the cause, until Callye. Now he still dedicates time to the cause, but he also spends his time loving Callye, until she is taken, and then his two worlds collide.

Callye loves Justice and thought they had a lifetime to look forward to, but now she is just praying she can save him from the man who wants to kill him. She is determined to stay strong, but how much torture will she endure before either death or Justice finds her?

Justice is in a race for time, and he is unaware that the monster in the shadows is someone much closer than he could ever imagine, and the devil pulling his strings is determined to have his way. Can Justice find Callye in time? Will Callye thwart the monster’s ultimate plan? Can Justice and Callye prevail, or will they be lost to each other for all time?

I like the idea of the story, but felt like I was dropped in the middle of a story and before I could even get to know any characters the story is a runaway train. The characters are interesting, and the story line is suspenseful; but I did not like the inability to understand the characters and what is happening, and why, until half way through the book. How did they meet? Were they in a good relationship? Was Callye a strong woman before, or is she just now learning her strength? Some questions are eventually answered, but I found it hard to finish the book to find out.