Take a Trip to The Sleepless City

Hello and welcome! I’m Elizabeth Noble and I am one of the authors of The Sleepless City, a paranormal romance/urban fantasy series. This series a collaboration between Anne Barwell and myself. Anne wrote books one (Shades of Sepia) and three (Family and Reflection) and I wrote books two (Electric Candle) and four (Shifting Chaos). All four books are available as eBook, paperback and are in Kindle Unlimited. This month Shades of Sepia and Shifting Chaos are on sale.

We wrote a Wiki-style page about the city, Boggslake, Ohio, where the story takes place. I thought it’d be fun to share the facts and history of our fictional city.

Throughout the day, Anne and I will stop in with more details about each book and our series. We have other books to share as well! We hope you’ll join us on our trip through The Sleepless City. 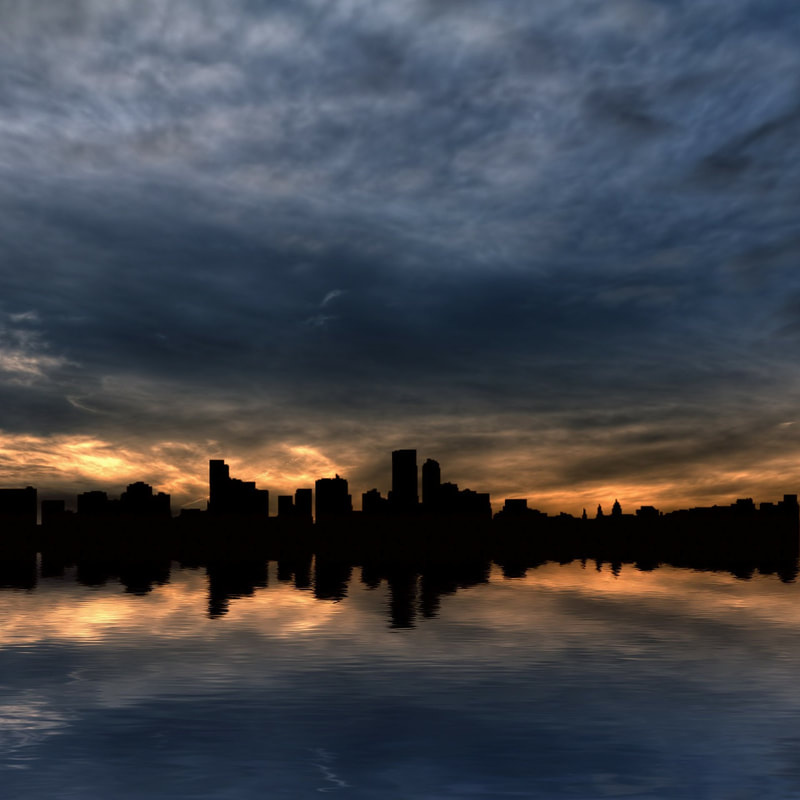 Boggslake is located on the southern shores of Lake Erie, in the County of Erie, Ohio, United States. Established in 1883, it boasts a small-town atmosphere with big city resources. At the taking of the 2010 United States Census Boggslake population was 21,822 permanent residents. The population fluctuates during the year as Lakeview University hosts up to 8500 full time students a year, many of whom are not city or state residents.

Earliest days
Boggslake was first settled in 1789 when Andre Boggs created a, then secretive camp, meant to serve as a safe haven for fur trappers and hunters living in the area. Most of them interacted with the native population on an extensive basis, marrying and producing children who weren’t always welcome by the European settlers of the time. Within a decade the settlement boasted nearly two dozen regular residential families. Among those were the family of Hiram and Isabella Coate. The Coates offered financial backing and along with Andre Boggs formed a private syndicate with several others that allowed the parcel of land to be purchased from the Native American tribes in the region. It is believed an ancestor of Henri Markus de Fleur was one of the syndicate’s members, though there is no written record as proof. They are credited for creating the community that would become Boggslake.
In 1883, with 400 residents, the settlement became the Hamlet of Boggslake. Settlement accelerated rapidly, with Boggslake becoming a village with 3,500 residents in 1917. City status, with 12,800 residents, came in 1921.

The Boggs Family
Andre Boggs had four wives. They were all Native Americans except his second wife, Mary. Of his sixteen children only three survived to adulthood. After their father’s death they reportedly left to find their own fortunes farther west and south. Andre built a large home less than a quarter mile from the shores of Lake Erie in the western portion of the city which came to be known as Boggs Castle. The property where Boggs Castle is located is 0.65 acres. He lived his remaining years in the city that took his name and it’s reported his spirit remains in the residence to this day.

The de Fleur Family
Much of what is known of the de Fleur family is steeped in myth and anecdotal facts, like many of the area’s residents and much of its history. The name de Fleur is intertwined with Boggslake but very little is known about the family. A man, known only by the name de Fleur, was a contemporary of Andre Boggs and did arrive in the area with him or shortly thereafter. Legend has it that he was connected to an old aristocratic family in France and either came or was sent, due to some infraction, to the New World in the earliest days of settlement. There is no record of a wife, but the name crops up every thirty or so years in the city history, so he did have progeny that took his name.

In the late 1920’s Henri Markus de Fleur lived in Boggslake on and off, contributing financially to the city’s development. He made his living as an art critic and dealer, a profession carried on by his son, Henri de Fleur. One of the more colorful legends tells how the senior de Fleur smuggled valuable art from Europe during World War II, preserving it and anonymously donating many pieces to museums around the world. The senior de Fleur painted a panoramic of the city’s skyline in the 1950s and donated it to the city. It hangs in a prominent place in city hall to this day.

Lakeview University
The school was founded in 1878 through the efforts of Jackson Coate and Boggslake City Council using the money still held in trust from the private syndicate so instrumental in the earliest days of Boggslake. Their goal was to provide upper education not only for the city’s inhabitants, but as a way to attract income and new residents.

It was among the first universities to permit former slaves to enroll and partake of all the benefits the university had to offer.

In 1927, Henri Markus de Fleur donated funds to form the College of Art and History as part of Lakeview University. Today the history department is headed up by Professor Simon Hawthorne and attracts students from around the globe. Professor Hawthorne’s areas of expertise centers around world events of the first and second World Wars. His students often remark he brings history alive in such a way it’s almost as if he was there to witness it first-hand.

Boggs Castle
Rumor has it that many of the materials used in the castle’s construction were imported from parts of Europe, but exactly from where and when are unknown. No record of where the materials were purchased or when they were moved to the area can be found. The earliest mention of Boggs Castle was in 1800, but it is believed to have been built in the late 1790s. During the Civil War years, it fell into disrepair and was often inhabited by squatters. In 1945 the property was purchased by private investors and restored to its former glory. Today it is owned by and is the residence of Professor Simon Hawthorne, Detective Jonas Forge and Henri de Fleur.

The Nickname
Boggslake residents often refer to it as The Sleepless City. In a 1970s article about why a big city resident would move to small town Ohio, Stewart Belle, a then very young recruit to the Boggslake Police Department had this to say: “My wife and I wanted to live somewhere that was a good place to raise a family, but still had enough adult life for us. My hometown of New York City might be, ‘The City that Never Sleeps’, but Boggslake with its eclectic culture, diverse community, and thriving night life is certainly an exciting, sleepless city.”

Recently Boggslake was one of the featured cities in a network series about mysterious places to live. It certainly qualifies with as much fact as myth that surrounds the city’s origins and residents who are often third and even fourth generation to live there. When asked, one of Boggslake’s finest, Detective Jonas Forge had this to say: “There are a lot of facts that are actually nothing more than stories handed down over the years to become gospel here. If you ask anyone living in Boggslake why it’s so easy to overlook inconsistent timelines, unknown sources for city money and a sketchy history, they’ll likely just give you a patient nod, a patronizing smile and tell you, ‘because that’s just the way we like it.’”