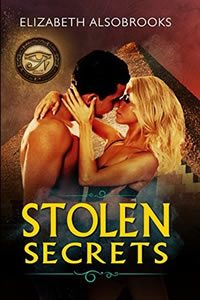 Lady Isabella Valentine is an archeologist and owner of an Egyptian antiquities shop. She has just been hired by a benefactor to retrieve an ancient ceremonial relic. The money she makes will be enough to keep the shop her father left her from going under, and she’ll be able to continue her career.

Prince Mukhtar is a Bedoin prince and son of a powerful Sheik, and on a mission for the Illuminati to retrieve the same relic and return it to Queen Isis.

When Prince Mukhtar arrives in the nick of time to help when Isabella’s shop is ransacked, she is grateful for his assistance, even though she knows she cannot bring him along on their little jaunt into the dessert to find the relic; her boss has already said he cannot come. David, an American and the go-between between her and her benefactor, and Elsa her best friend along with an assortment of guards and helpers take off into the dessert shortly thereafter. But Prince Mukhtar concerned for the safety of the woman he is greatly attracted to, and her caravan, has made it his business to keep them all safe. Good thing he does too, because there is a great evil after the relic, and it will do anything, and kill anyone, to get to the relic first. It is just biding its time. Fortunately, Prince Mukhtar is able to become a part of the search for the relic, and to protect and get closer to Isabella, who he finds himself falling deeply in love with. However, he is keeping secrets from her, big secrets and he does not know if she will believe him, even if he tells her the truth, and even if she does, will she forgive him for keeping these secrets? Will they even survive what is to come?

Stolen Secrets is an awesome urban fantasy romance! The world building is well crafted and the romance scenes are sensual and well written. I loved the Egyptian flavor of this story, and the fact that the Egyptian Gods and Goddesses are still alive and really immortals that have lived for centuries. The author has built a world where Gods and Goddesses are real, and still working behind the scenes though not in the way one would normally think of them. I also loved how the Illuminati were explained and woven into the story. Couple that with a story that is so artfully crafted that I could not figure out the ending until I read it, well, this is one series that I will definitely continue reading. If you love Egypt, and God and Goddess lore, you do not want to miss Stolen Secrets! 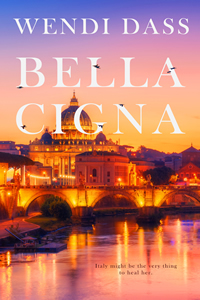