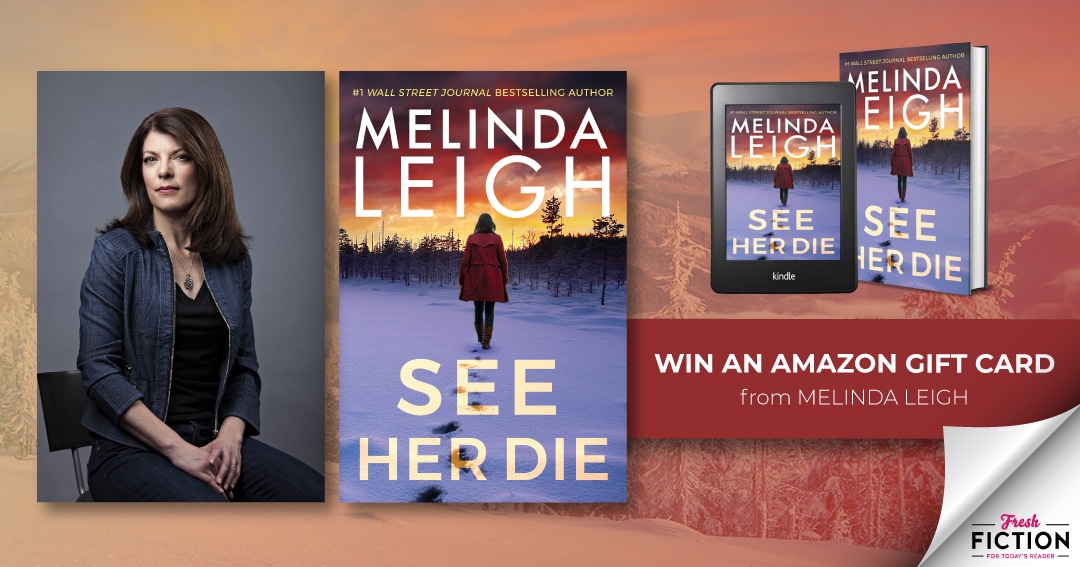 Ready to SEE HER DIE?

Win a $50 Amazon e gift card to celebrate the upcoming September release of See Her Die, the second book in the Bree Taggart series

Sheriff Bree Taggert is both hunter and hunted in #1 Amazon Charts and Wall Street Journal bestselling author Melinda Leigh’s blood-freezing thriller of murder, rage, and revenge.
New sheriff Bree Taggert is called to a shooting in a campground shuttered for the winter. But she arrives to find a perplexing crime. There is no shooter, no victim, and no blood. No one but Bree believes the sole witness, Alyssa, a homeless teenager who insists she saw her friend shot.
Bree calls in former deputy Matt Flynn and his K-9 to track the killer and search for Alyssa’s friend. They discover the battered corpse of a missing university student under the ice in Grey Lake–but it’s not the victim they were looking for.
When two more students go missing and additional bodies turn up, Bree must find the link between the victims. She knows only one thing for certain: the murders are fueled by rage. When Alyssa disappears, Bree must race against time to find her before her witness becomes another victim.
https://gleam.io/HjGo6/melinda-leigh-august