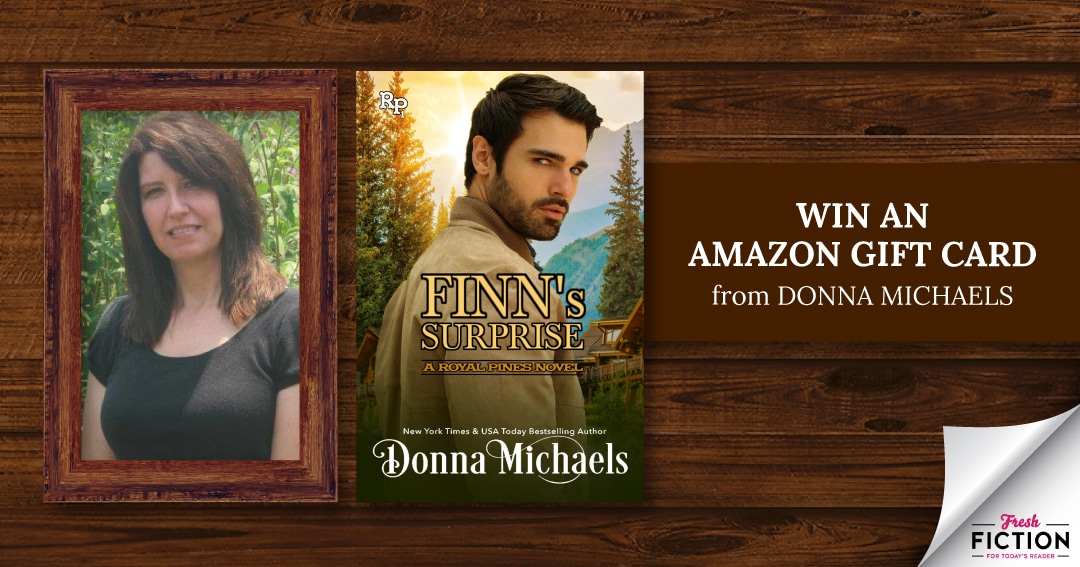 Donna has a new series starting and to celebrate, she’s giving away a $10 Amazon Gift Card!

He never expected his surprise to be such a precious gift…

Finn Brennan was used to his brother playing practical jokes, but this time he’s gone too far–sending him a woman as a ranch hand, and not just a woman, but a Marine.

Discharged when her mother took ill, Lt. Camilla Walker is happy to help out at her former CO’s family’s dude ranch until he returns from deployment. Keeping busy is the best medicine since her mother’s passing, but she never expected to be thrust into a mistaken engagement to his sexy, twin–a former Navy SEAL who hates the Corps.

The Corps took Finn’s father, his girlfriend and threatened his naval career. He’s worked hard for another shot at getting back to active duty and won’t let his brother’s prank interfere. The last thing he needs is the temptation of a headstrong, unyielding, hot Marine getting in his way.

**Formerly published as Cowboy-Sexy through TWRP and Cowboy-Fiance by Amazon Encore. It is now a full novel, with extra scenes and over 10k
additional words**