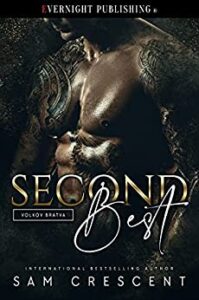 Aurora has always been the forgotten and ignored one, unless it is to take a beating for whatever bad thing her sister did. Now she has been used as a bargaining chip to unite two families and no one asked her opinion. Of course, in the Bratva, women do not get a voice. Now, she is forced to once again, take a hit for her sister and become the second best as she will always be.

Slavik was following orders when he married Aurora, but little did he know but she would change his whole world. He started out wrong because truthfully, he had no idea what to do with his wife. When her light begins to shine, his enemies think to use her to get to him, but what they could never know is that no matter what they thought of her, he knew the truth.

Aurora becomes just another pawn in the Bratva game, but this time it just may get her killed. Will Slavik learn to trust his wife or will he lose her to the danger within? Can second best become first, or will Aurora always be the loser in every game?

The writing of Ms. Crescent guarantees an emotional response with every word. I was left hanging through every page – never knowing who would stab who in the back and never being able to figure out how it would all work out. In the end, I found myself attached to the characters – even the ones who appear to have no redeeming value.  I highly recommend the writing of Ms. Crescent and her Bratva story. 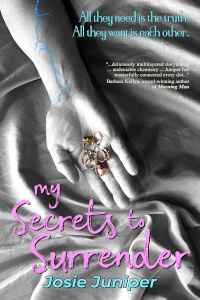