Where Legend and Myth Meet Science and Technology 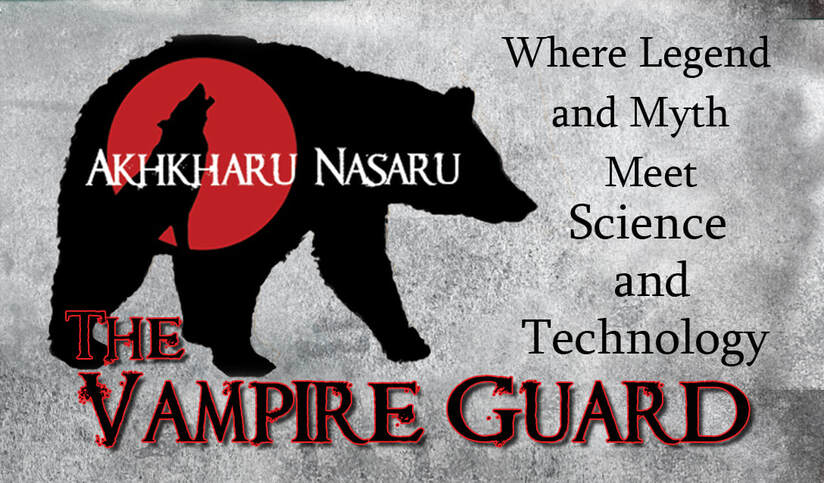 Hello! Thank you for stopping by today. I’m Elizabeth Noble and I write mystery/thrillers, urban fantasy, paranormal romance, paranormal thrillers and the occasional contemporary/BDSM. My books are packed full of: ~*~Hurt/comfort  ~*~Found families  ~*~Second chance love  ~*~Suspense and thrillers and ~*~Imperfect heroes who don’t know how to quit

Anyone commenting on any of my posts will have a chance to win an eBook off my backlist (anthologies and Endosymbiont excluded). What are your favorite types of thrillers?

I have a new release coming on May 4! It’s part of my paranormal thriller series, The Vampire Guard, which is a spin off from a paranormal romance series I co-wrote with Anne Barwell, called The Sleepless City.

I love the characters and this series so much! There are romantic elements, but this series isn’t a romance. Blending high tech with attributes of vampires and werewolves creates an amazing array of events. I had as much fun researching all their spy-toys as I did writing the action and fight scenes.

Vampires make the best spies. Throw a smart-mouthed werewolf in with three vampires, mix well, and The Vampire Guard’s newest team is bound to become one of their greatest assets. Super spies with a full range of skills. Warrior, hacker, thief, and scientist. They get in, do the job and get out before the bad guys ever know what hit them.

They employ a combination of supernatural powers and cutting-edge technology to hunt down terrorists, thieves, biological weapons… and sometimes even their fellow vampires and werewolves. An eclectic organization comprised of individuals with diverse personalities, backgrounds, and abilities, this guard has bite—and they’re not afraid to use it.

So far, there are three books in the series, with the third and newest book, Endosymbiont is coming out on May 4, 2022. If you don’t want to wait, or prefer other formats besides Amazon, it is available for early access purchase through PayHip until May 1. The series is available on Amazon and are in Kindle Unlimited. The first two books are also in paperback.

One of the best parts about writing these characters and this series is all the different situations I can drop them into. Something that’s become one of my favorite storytelling tool is the use of flashbacks. Since my vampire spies live a long time, taking a look at where they came from and what their lives were like 50 or 150 years ago adds a richness and depth to the story and the characters. A friend of mine calls these parts the origin stories. Each book tells more than one tale, all intertwined into one adventurous plot.

Book three, Endosymbiont, is a high action vampires and werewolves meet zombies and terrorists with biological weapons story. Oh, and the bulk of the story takes place about a mile under the Atlantic Ocean.

Here’s a little bit of a peek.

A werewolf and seven vampires are all that stand between the world and complete annihilation.

Then a train blew up.

Tracking an organism deadly to not only humans, but vampires and werewolves alike, brings Kai and Ori into The Vampire Guard. Decades later, they, along with Operative Team Jack Rabbit, come face to face with the horrors that same virus produces. Dead bodies are coming back to life, and rational people are becoming violent and brutal killers.

A massacre is taking place nearly a mile under the Atlantic Ocean. Two teams of The Vampire Guard are in the thick of it, fighting to survive.

Declan watched in horror as the entire room was set ablaze when flames shot out of the ceiling. Declan jumped back and Kruger pushed him even farther back.

“They’re…they….” Declan pointed to the room.

“Will be fine in the sample lockers. You have no reason to, but trust me,” Kruger said.

The flames were white and blue, telling Declan how incredibly hot they were. A few short minutes later the flames subsided and a whoosh told Declan the room was being cleared of air. There was nothing left of the body or the yellow glop but ashes that were then doused in what looked like a frozen slushy.

“Now.” Kruger ran at the door. Declan heard the locks release and they charged through.

Slipping and sliding Declan ran at top speed to the lockers. “Lucas!” He took hold of the handle. “Jonas.” He broke the handle off, and the door swung open.

Lucas and Jonas were crammed into a space barely large enough for one of them, let alone both of them. They were wrapped around one another, and Jonas’s face mask was shattered.

“I hate this f**king place,” Jonas growled and guided Lucas out of the locker. He was a step behind when Declan grabbed them both in a hug.

Declan let go and turned to Kruger. All he could do was nod and swallow down the enormous lump in his throat.

Jonas took off his ruined hazmat hood and threw it to the ground. “No one come down here just yet. We’re fine. Kai, Ori, burn every single body.”

Thank you so very much for joining me today! Don’t forget to leave me a comment/question or two so you can be entered into my contest to win a free eBook from my backlist.

All my books can be found on my website, Emotion in Motion.

Find me on social media