She Steals My Breath by Karen Kay

Autumn, how I love it — the crisp air, scented delicately with falling leaves and the smoke from wood stoves;  Cinnamon and fresh apple cider, pumpkin pie, turkey and cranberry sauce, apple pie, the last of the corn on the cob…

And what about the “feels” of autumn? Traipsing through leaves, racking them up and jumping in them; picking up a leaf and tracing its pattern; warm days, cool nights, the pleasure of feeling Mother Earth prepare for a few months’ sleep.

And how about the touch of the Fall atmosphere upon one’s skin? And don’t you love the sounds of autumn?  Cold nights and warm blankets, football games announcing the players; the sounds of cheerleaders and marching bands; long practices — even the quiet sound of leaves falling to the ground.  How I love it.

Of course, to the people who lived close to the earth in our not-so-distant past, the look and feel of Fall was as beloved then as it is today.  So much was this the case that the Eastern American Indians devoted an entire festival of fun and merriment to Autumn — and that festival was called the Harvest Festival.

Naturally, we are all pretty much aware that our Thanksgiving has a lot to do with the colonists’ association of the Eastern Indian tribes, and in particular Squanto who helped the new people who had come into this country.  Although sometimes the history of our Thanksgiving is attributed to an English celebration, I’d like to put forth a differing point of view, if I might.  At the end of this blog I’d love you to tell me your point of view..

When the colonists first came to this country, history tells us that the colonists were escaping religious persecution, and, indeed, this is true.  But a deep dive into history also reveals that many people came to America as slaves or indentured servants because England was at that time emptying its prisons.  But, regardless of why they came to America, we also know that their first winter in the new world saw the colonists ill-prepared for what was to come and many of those people suffered that first winter.

Seeing this, a particular American Indian man and a Native American tribe decided to help these colonists and taught them about the earth and how to plant the corn, beans and squash so they could obtain a bountiful harvest.  They showed them the best hunting grounds also, as they went about trying to help these people survive.

The particular man who came to the aid of the colonists was Squanto, who had been captured by the English and brought to Spain.  He somehow found his way to the monks in England, who, in turn, helped Squanto to return to his home.  Some versions of this story say Squanto escaped incarceration in England and in doing so, was discovered by the monks.  Some say he was sold to the monks as a slave.

But, whatever was the cause, Squanto came to live with the monks in England and was taught how to speak and how to read and write English.  Imagine the colonists’ surprise when an Indian stepped out of the woods and spoke English to them.

Because of the American Indians’ help and their teaching the colonists how to plant the food that would grow in the soil of New England, as well as the Eastern American Indians sharing the knowledge of the best hunting grounds, when Harvest came, the Indians and the colonists had a bountiful harvest and they came together to celebrate what the Indians called the Harvest Festival.  Th colonists came to call the same celebration Thanksgiving.

It is written the Indians bought much food to the colonists:  deer meat, turkeys, corn, squash, beans and shared it all with their new friends, the colonists.  And the colonists, in turn, shared what they had with the Indians.  Also, there were many games and much fun celebrated on this first Thanksgiving which were common to the Harvest Festival of the American Indian tribes.

Now, the Harvest Festival was only one of six festivals of the Eastern American Indians.  It was part of an ancient celebration wherein He who was and still is known as the Creator, was thanked for a good harvest season

Before the Harvest Festival began, the women would have already harvested the corn, beans and squash.  Much of it would be dried.  Corn husks were made into many different items, such as dolls, rugs and mats.  Did you know that the dolls didn’t have faces?  It was also a time to gather more nuts and berries.  Men were busy, too, with hunting far away.  Bear, moose, beaver were all sought after and hunted.  When the Festival began, there would be much celebration, such as dancing, speeches and prayer.  And of course — food.  From the American Indian point of view, it was this particular festival that was shared with the newcomers to this continent.

Perhaps it’s because this one festival — Thanksgiving — was shared by the American Indians and Colonists alike that set the tone of Thanksgiving for future generations of Americans.  And I do believe that the love of autumn and giving thanks for that which the Creator had given has its roots in The Harvest Festival, so beloved to the Eastern Indian Tribes.

So, in closing I’d like to ask your opinion.  Do you think the roots of our Thanksgiving comes from a celebration that is found only in England, or do you think it comes from our American Indian heritage and their Harvest Festival?  Is it uniquely American with its roots in Native America?  Or do you think it might a combination of the two?

For me, I think our Thanksgiving has deep roots in Native America, not necessarily England, and that the ancient celebration of the Harvest Festival is still celebrated as a time of giving our thanks to God, The Creator, for the gift of plenty that was and is to be found within this country.

Thank you for reading, for coming to the blog today and for being loyal readers of the Petticoats and Pistols blog. 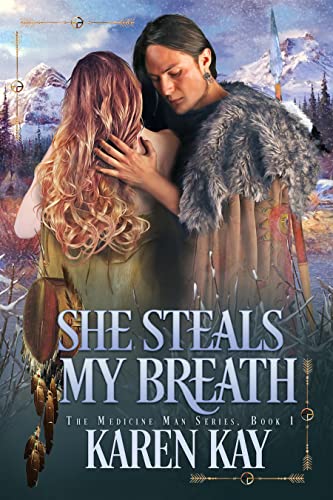